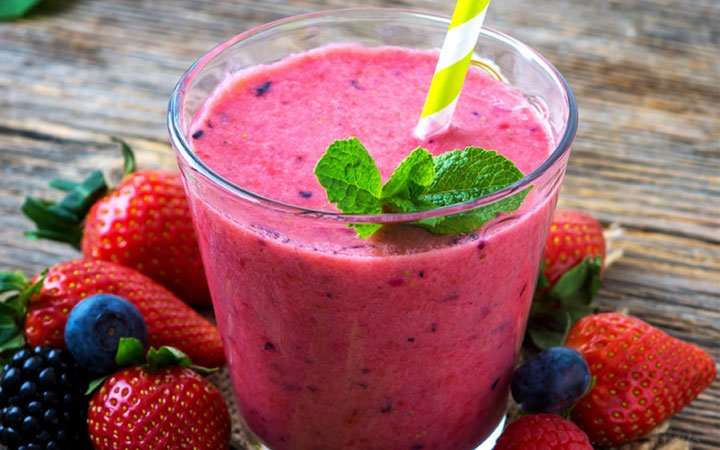 We have two tasty drinks for you today: one a slushie and the other a smoothie. The former morphed into the latter in my kitchen, lol!

First up is the smoothie recipe. As I said, this delicious strawberry blueberry smoothie was inspired by a summer berry slushie recipe I saw that looked so appealing. However, while it is officially Spring (at least according to the meteorologists), it is still pretty cold in this neck of the woods, so I decided to vary it slightly and came up with a tasty smoothie result. (I’m giving both recipes in case you are braver than I am and enjoy ice-cold drinks at any time of year, lol! Or maybe it’s summer by the time you read this.)

With the prevalence of type 2 diabetes and many concerns about being pre-diabetic, I usually recommend following the advice: 5 Strategies for Smoothies for Diabetics. The strategies are good for all of us.

Based on this, and for general good health, I always like to include some ‘greens’ (or ‘whites’ or ‘reds’, ie a rainbow of fruits and veggies), protein, oats (whole grains) and nuts or seeds (healthy fats) in my smoothie recipes.

The recipe includes low-sugar berries, and a little Greek yogurt for some extra protein.

And speaking of slushies …

This reminds me of a story a friend told me from when her children were young.

Then, one day he saw a competition to create a new slushie flavor … and yes, a Game Boy was first prize! Discouraging him from entering, and thinking the chances of winning were so very slim anyway, she started to brainstorm ideas with him – as an educational word game, of course! And yes, you’ve guessed it, he entered and won first prize. Needless to say he was over the moon to receive his first prize … and she was more cautious thereafter, lol! 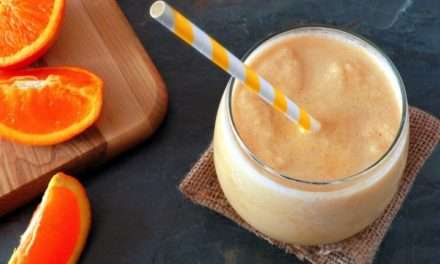 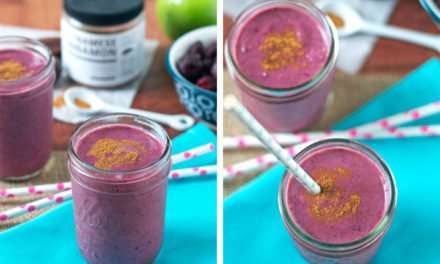 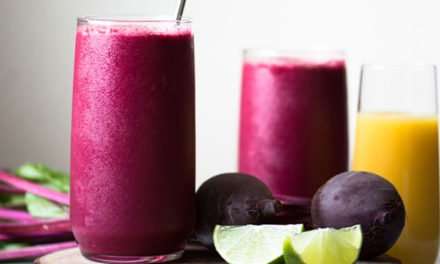 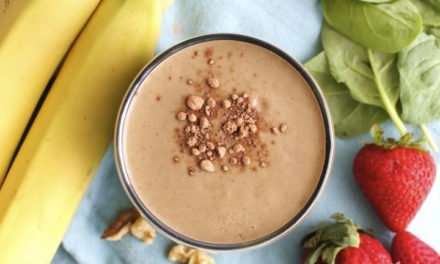