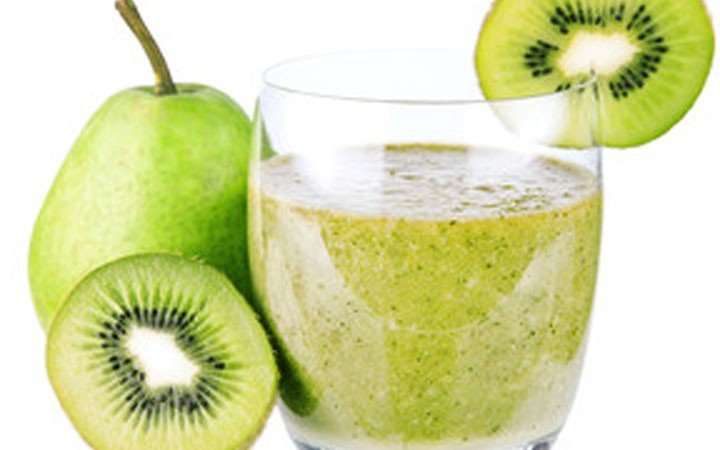 I use homemade coconut milk in this recipe. To make it I put 1 cup of dried coconut into the blender with 4 cups of water and leave for 2-4 hours while I get on with other things. When I come back I blend it well, pour through muslin over a sieve over a bowl, to strain out the solids. When it is all drained I close up the cloth and squeeze tightly to remove as much of the liquid as I can. (I do this over the sieve just in case the cloth bursts as I squeeze; that way I will not have to start again.) Pour the strained coconut milk into a jug and put in the refrigerator and the coconut meal into ice cube trays and freeze. The coconut meal can then be used in my smoothies.

Having bought a large box of pears and another of kiwis I’ve been experimenting with tweaks to a basic recipe. All have been good, but we particularly liked this one.

We had to rush out yesterday morning and I didn’t have time to finish my smoothies, so I put my unfinished half in the refrigerator. I drank it in the evening and was surprised to find it tasted even better than in the morning. As I’d been in a rush I’d used ground ginger powder rather than fresh, so I assume the spices had time to mellow slightly, but whatever the reason, it was totally delicious.

Please turn to the Next Page for the recipe … 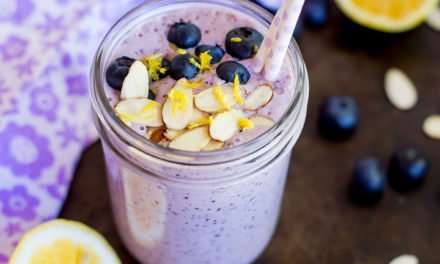 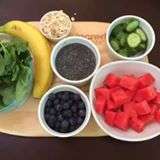