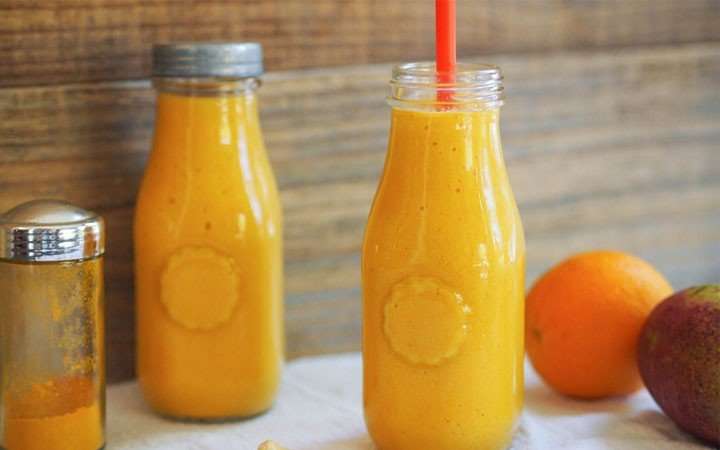 Mango, coconut, turmeric … now, does that not sound exotic? (The answer should be yes, btw, lol!) In case you are unfamiliar with it, turmeric is the spice that gives Indian cooking it’s yellow hue. But don’t stop at curries, you can add it to just about anything you’re cooking. And don’t leave it out of your smoothies!

There’s an unusual ingredient in the smoothie list: black pepper. This works with the turmeric to help your body absorb it.
Rachael Hartley, RD, LD, CDE, dietitian and avocado enthusiast, writes at AvocadoADayNutrition …

Most interesting to me is the powerful effect turmeric has on the brain. It was first realized when scientists found significantly lower rates of Alzheimer’s disease in India and began to hypothesize dietary components that may be responsible. Subsequent studies found the curcumin in turmeric helps block the formation of the plaques found in brains of Alzheimer’s [sufferers].

That’s impressive enough, but turmeric works on the brain in other ways as well. It’s powerful anti-inflammatory and antioxidant effect extends to the brain. It also increases serotonin, the happy hormone, and modulates cortisol, a stress hormone. Another compound in turmeric, turmerone, boosts the regeneration of brain stem cells. It also inhibits monoamine oxidase, an enzyme that is linked to depression if found in high levels.

Although there hasn’t been a ton of research looking at depression and turmeric, one impressive study found curcumin was only 2-5% less effective in treating depression than Prozac, without the side effects (i.e. killing your sex drive and keeping you up at night). Now, please do not stop taking an antidepressant and start chugging turmeric supplements! We certainly need more research. But, knowing the safety of turmeric, it’s other health benefits along with it’s positive effect on the brain, I think it’s a smart idea to start incorporating more turmeric into your diet if you’re looking to boost your mood.

Please click the ‘Next Page’ button below for the recipe … 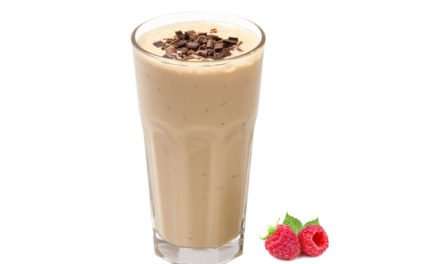