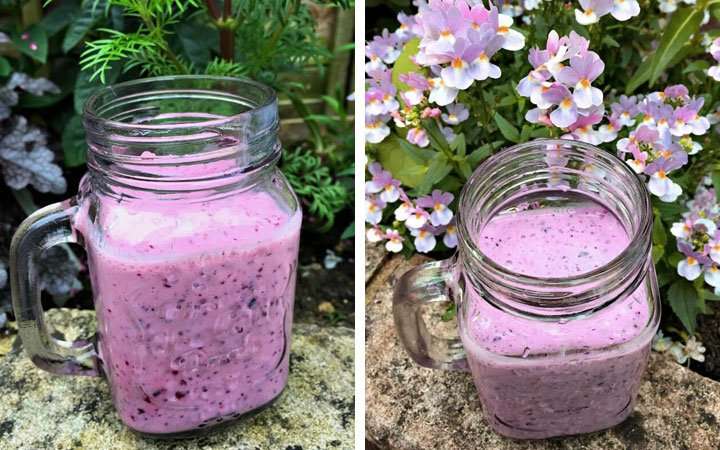 This delicious blackcurrant smoothie recipe comes from Lucy at BakingQueen74. The recipe is on the next page.

But first a little bit about blackcurrants.

As a child living in Scotland I remember picking fresh blackcurrants from the bush in my Granny’s garden. The delicious tartness of these berries was very refreshing on a warm summer day – yes, we had a few, lol! They are forever associated with school holidays in my mind.

Blackcurrants are very popular across Europe, but I wondered why I never see any in the United States. Any purple-colored sweet things or candy are grape-flavored and not blackcurrant-flavored as in my childhood. There is no blackcurrant jelly for my toast in the morning! 🙁 (I have come to love grape jelly and grape soda, lol!)

And now I know why! So a brief history lesson …

The US had significant numbers of white pine trees. In the early 1700s seedlings were introduced to Europe. However, they became infected by a fungus. In the late 1800s the US was running out of pine due to the rapid expansion and so in the early 1900s they started importing white pine from Europe. Unfortunately the fungus came too.

Apparently the fungus does not spread from tree to tree but requires an intermediary: the woody blackcurrant bush.

So, in the early 1900s, to save the vast white pine plantations, the blackcurrant bushes were cleared. Now days there are disease-resistant blackcurrant varieties and so some states are re-introducing blackcurrants. You will find them growing in the Hudson Valley of New York and Connecticut, Oregon, Washington, British Columbia, and Canada.

And another piece of history …

… a blackcurrant cordial mixed with water gained popularity as a vitamin C supplement given to children to prevent scurvy during World War II, after Germany’s U-boat campaign prevented citrus fruits like oranges and lemons from entering the UK….

In recent years, a 2007 study indicates that blackcurrants outperform goji berries and blueberries as a superfood.

The blackcurrant contains greater levels of vitamins, minerals and antioxidants than 20 other fruits tested.

And they are much less expensive! 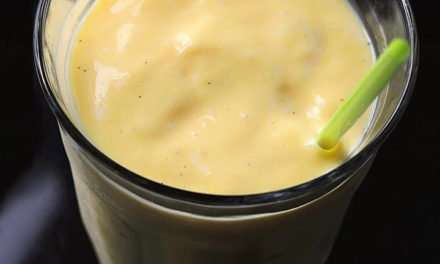 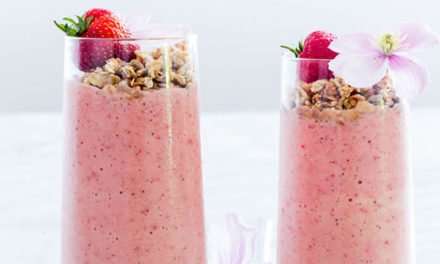 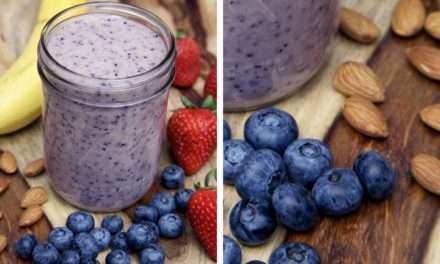 [Recipe] Why Are Smoothies the Best Way to Start Your Day For Weight Loss?