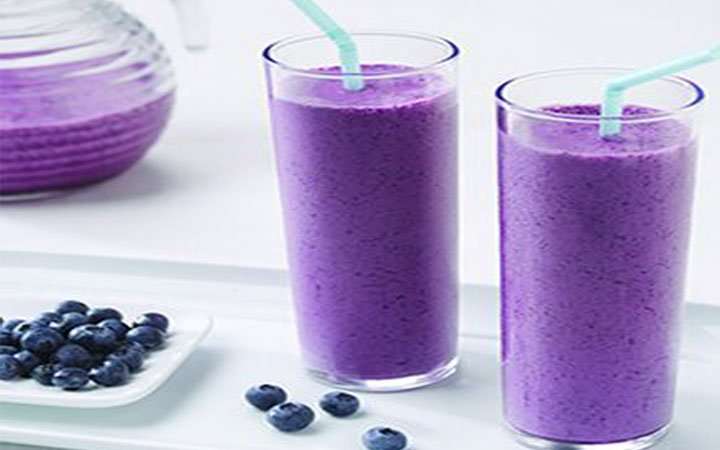 This delicious fruity smoothie is loaded with vitamin C from the blueberries and the fruit juices. A quick glass with breakfast will give you calcium and fiber, too.

In an earlier post, Brain-Power Avocado Banana Blueberry Smoothie, we spoke about the benefits of blueberries and quoted Megan Ware RDN LD, writing at MedicalNewsToday, who said …

Population-based studies have shown that consumption of blueberries can reduce the risk of cognitive decline as well as Parkinson’s disease – a neurodegenerative disorder resulting from cell death in parts of the brain.
Studies have also revealed that in addition to reducing the risk of cognitive damage, blueberries can also improve short-term memory loss and motor coordination.
… also known by some as a “superfood,” containing a wide variety of nutrients that offer protection against conditions such as cancer and heart disease. Now, researchers believe that they may have a part to play in the fight against Alzheimer’s disease.