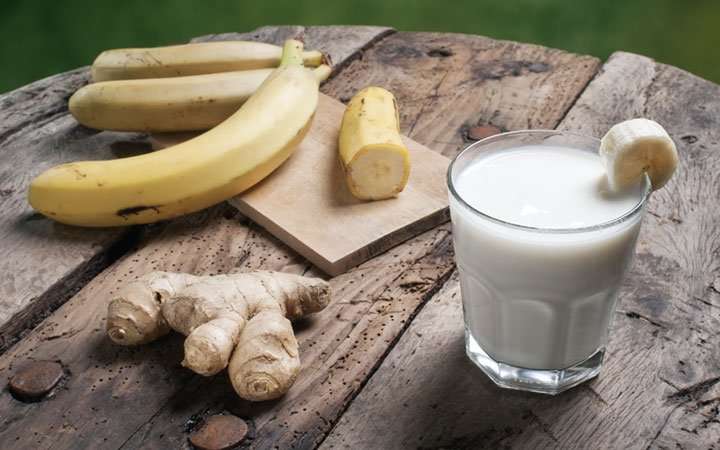 Ginger is well known for being good for the stomach, easing digestion, quelling nausea and calming upsets.

But did you know that bananas have been used for generations to ease tummy problems? I’d always been told they were too heavy when feeling poorly, so this was a surprise for me. However, if you are dehydrated from vomiting or diarrhea then their potassium can help restore order. Plus the sugar they contain gives you some calories when you’re not up to eating.

Yogurt, with it’s probiotics, is good to replenish the healthy gut bacteria you lose when you’ve been unwell, or just simply to keep you healthy.

But, again, did you know that rice and oats are also good for the stomach? Amanda Gardner writing at Healthdotcom says …

Rice, along with other starchy foods such as potatoes and oats, helps coat the lining of the stomach, easing digestion and having an overall soothing effect, says Dr. Chutkan.

Starchy foods also don’t sit in the stomach for long periods of time, nor do they stimulate acid reflux, which would make you feel even worse, says Amit Bhan, MD, service chief of gastroenterology at Henry Ford Health System, in West Bloomfield, Mich.

And of honey, Jodi Geigle writing at MindBodyGreen says …

For those who suffer from indigestion, the antiseptic properties of honey relieve acidity in the stomach and alleviate indigestion. Honey also neutralizes gas, becoming the ultimate stomach soother when it comes to overeating.

One or two tablespoons of honey before heavy meals is the best way to thwart indigestion, and if you’ve already overindulged, add honey and lemon to warm water to help move food through the digestive track.

So whether you are recovering from a vomiting bug, struggle with gas or just want to keep a healthy gut, this smoothie recipe should help.

13 Weight Loss Fruits That Can Help You Shed Inches 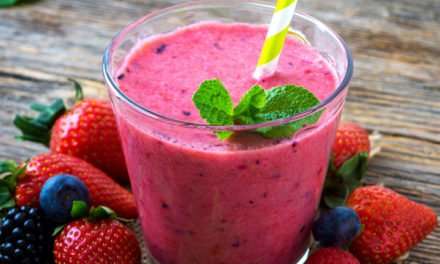 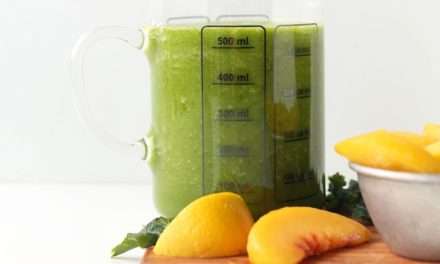 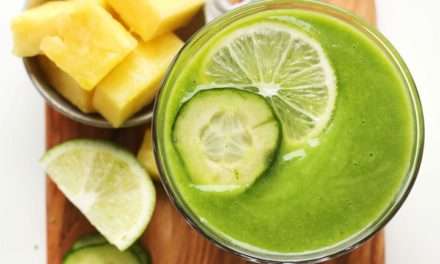