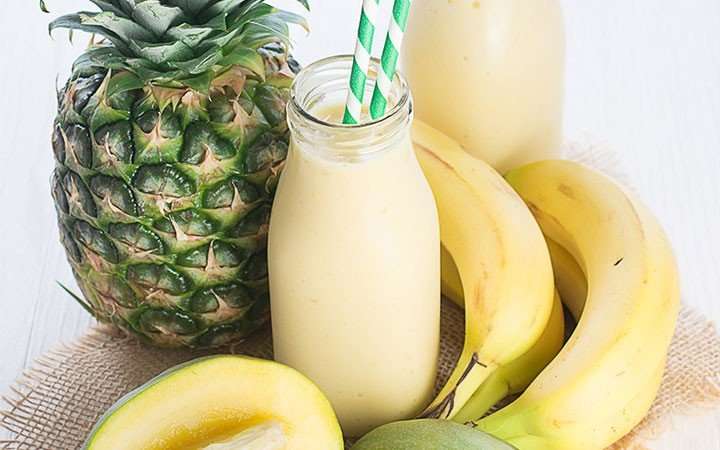 So many smoothie recipes are for one person when they are so delicious they really could (or should) so easily be for sharing. And even if you do not want to share, many are so tasty you might want more than one, lol! Not that I propose drinking two at once, but they will easily keep in the refrigerator so you can have one now and the other later, either as two small snack drinks or as another meal-replacement, especially when they include a healthy fat and some protein like oats. Or keep the second one in the refrigerator for tomorrow morning to save the rush!

This lovely smoothie from CharlottesLivelyKitchen is a case in point! Tasty, refreshing, exotic and just a little tangy with the addition of some fresh lime juice. Charlotte says …

I use frozen pineapple and mango. I only want a small handful of each and so using frozen avoids food waste, it also makes the smoothie thick, cold and refreshing. Also, who has the time to peel and chop pineapples and mango first thing in the morning? They’re pretty much the most hateful fruit to prepare even when I have plenty of time. I love smoothies for breakfast because they’re so quick and easy, taking time to prepare all the fruit would mean I’d quickly resort back to a bowl of cheerios.

So to save yourself time in the morning, frozen is the way to go.

But what if there is a glut of fruit and at such good prices you simply cannot let it pass?

Then how about a fruit prep-and-freeze smoothie party? You’re laughing, but think about it … either enlist the family’s help over an evening or two or on the weekend, or let your friends share the bounty in return for a little prep help! After all your hard work you could end your evening with a relaxing smoothie.

Please click the ‘Next Page’ button below for the recipe … 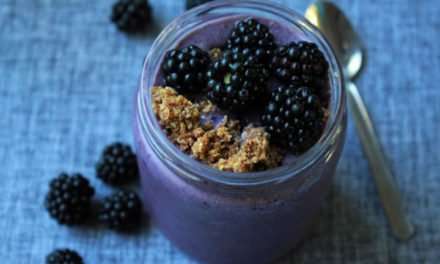