Here’s an awesome slim-down chia smoothie from Naomi Imatome-Yun of heavy.com – which works by curbing unhealthy cravings. Its superfood ingredients are selected to help you detox, fight cravings, as well as providing a nice caffeine-free energy boost.

Also, it tastes wonderfully refreshing with the delightful flavors of apple, celery, and coconut water.

According to Naomi, the result of drinking this smoothie regularly was a return to her original weight – after gaining huge excess weight during pregnancy. Here’s what she did…

I regularly had this drink three times a day: 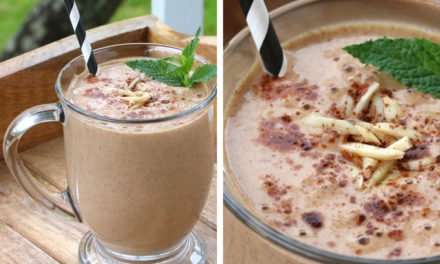