I love cinnamon and even more so since I learned of it’s health benefits: it can lower blood sugar levels, is an antioxidant, antibacterial and is anti-inflammatory.  Traditionally at this time of year you might have hot apple cider with cinnamon, but I found this wonderful sounding cinnamon roll smoothie recipe from Erin, at the almondeater.com.

Just like me, Erin says she’s been on a hug cinnamon kick lately …

If a recipe needs a little somethin’ somethin’, I just add cinnamon (like this chicken salad). Rather than adding cinnamon to a smoothie, I wanted to make cinnamon the star of the show.

And she does that with this cinnamon roll smoothie recipe which you’ll find on the Next Page. 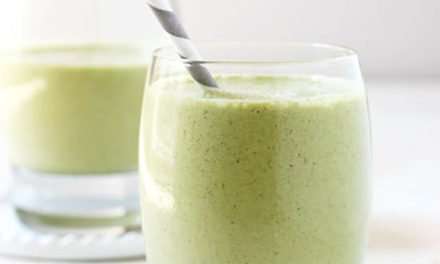 Robyn – “I Used to Drink Fruit Juice, Until I Discovered…”