Since getting my new Breville Kinetix Control Blender (1.5 Litre, 1200 Watt) yesterday I’ve blended some “Jewish Penicillin”, aka chicken soup, to a smooth purée, made some peanut butter, and a green smoothie – with kale! (I’ve included my green smoothie recipe below too!)

Not only does it look and feel good, its much quieter than I expected, but it did a great job of all three tasks. Plus it cleans up beautifully with a pinch of dish liquid and a couple of cups of warm water in the blender itself.

I wasn’t sure what to expect as there were some mixed reviews on Amazon, but having watched a couple of video reviews I decided to run with it and am pleased I have.

I’ll just point out it is the 1200 watt motor version, not the 750 watt available in some areas.

The peanut butter took a few minutes as I did have to keep pushing the mix back down to the blades; this gave the unit rest-time so there was no risk of it overheating. That said, I know recipes for peanut butter vary. I used 1-1/2 cups peanuts and 2 teaspoons olive oil. You’d have less work if your recipe calls for more oil as some I’ve seen, but I wanted to keep the calories down. I also prefer crunchy or gritty rather than smooth. As I didn’t try to take it to the smooth stage I cannot comment at this point how that would go.

I was also pleasantly surprised to hear how ‘quiet’ it was – even making peanut butter. Now I put the quote marks there because it obviously makes a noise; however compared to my food processor, in which I previously made my peanut butter, that made a huge racket, it was a peaceful process.

I saw a few comments saying the blender could not cope with kale in a smoothie. And its true that if you just use the ‘smoothie’ button you get a rougher texture than you want which, while drinkable, would not qualify as smooth. And while I like gritty peanut butter, I agree that a smooth smoothie is preferable. However when we first started trying smoothies I used a stick blender and we drank slightly gritty smoothies which we loved.

[RECIPES] 3 of the Best Healing Smoothies? 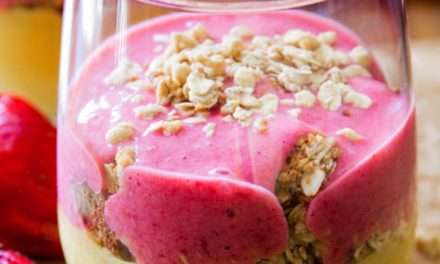 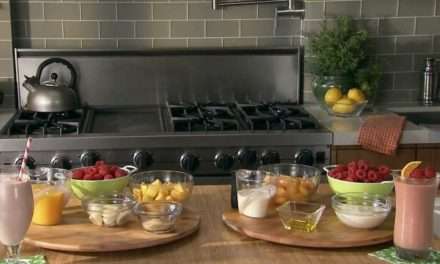