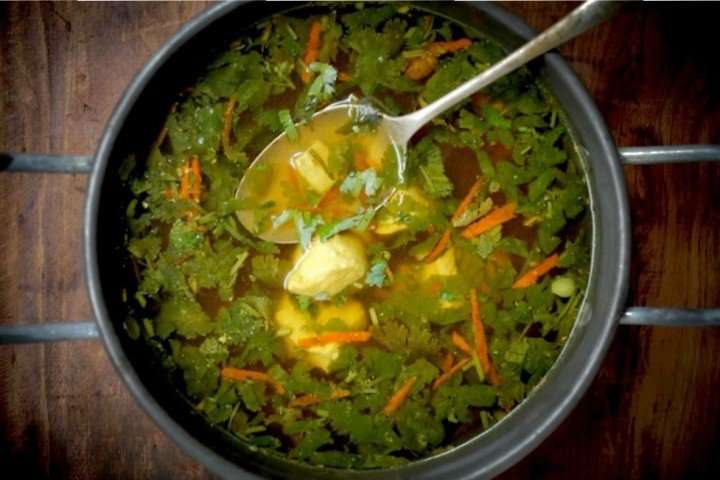 No doubt many of us used cinnamon to fragrance our homes during the Holidays. And we probably added some ginger to spice up the Christmas punch.  But did you know cinnamon is a powerful anti-inflammatory agent? And ginger fights infections and boosts the immune system?

Various sources cite cinnamon, turmeric, ginger and garlic as amongst the world’s healthiest herbs.  Turmeric and garlic act on mucus (phlegm), thinning it and causing it to be expelled.

When I was a little, my great Aunt used to make this amazing Polish chicken soup called Rosó? to help fight a cold or flu.

It was amazing and you could instantly feel it’s healing effects with every mouthful … Don’t be scared off by the amount of garlic in the recipe – after a few minutes the flavour will infuse into the stock and give it richness and density.

It’s the key to it’s flavour and staying cold and flu free all winter.

Turn to the Next Page for our “Jewish Penicillin” recipe …